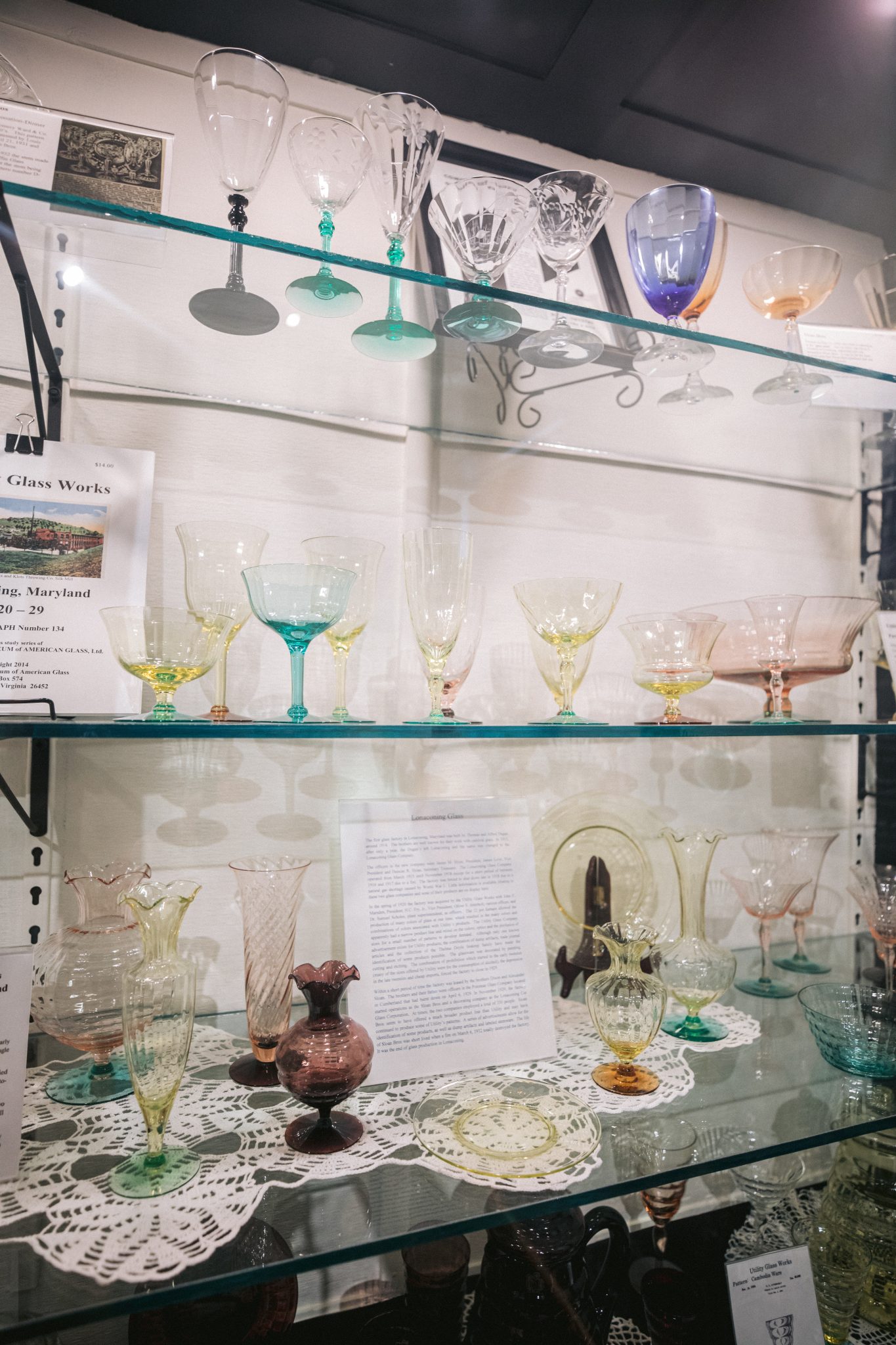 The Glassware Collection is an important piece of Allegany Museum’s 50,000 plus items.

A substantial glassware industry flourished in Allegany County between 1880 and 1930. It peaked in the early 1920s, when it employed over 1000 workers and was one of the largest industries in the county. The Great Depression of the 1930s brought it to an end, with the exception of one small company that survived until 1961.

When the glass industry was at its peak there were major factories at four different sites in Allegany County. Companies came and went, factories burned and were rebuilt, but plants continued to operate at the same sites. The display features examples of the glassware produced by the different companies and provides an overview of the industry in the county.