Devonian and Pleistocene Fossils at the Allegany Museum

The Devonian Era marked the beginning of life on land, but the Cumberland region sat under water. It was probably part of a coral reef!

Devonian fossil deposits lie just a few miles from the museum, along the bike and train route linking Cumberland with Frostburg. These small sponges, corals, trilobites, clam-like brachiopods, and snail-like gastropods are 419 to 358 million years old. 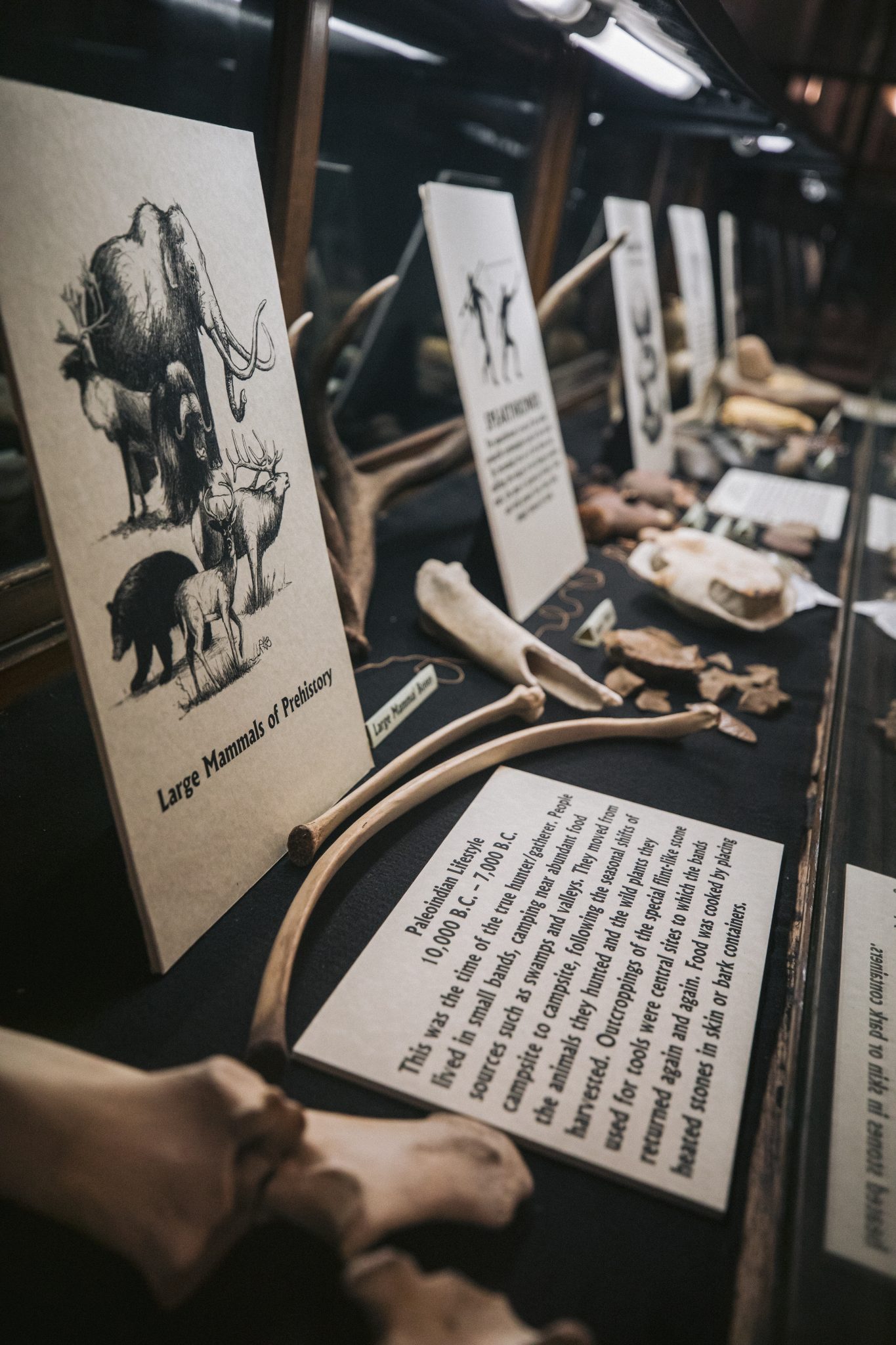