Crossroads: Change in Rural America offers small towns a chance to look at their own paths to highlight the changes that affected their fortunes over the past century.

The Western Maryland Heritage Association will host a traveling Smithsonian Institution exhibit at Allegany Museum in 2023 in partnership with the Appalachian Regional Commission Teaching Project and Frostburg State University. The association was selected through the Maryland Humanities’ Museums on Main Street program to display the “Crossroads: Change in Rural America” traveling Smithsonian exhibit. Allegany County is one of five counties selected statewide to host the display in 2023.

Crossroads: Change in Rural America offers small towns a chance to look at their own paths to highlight the changes that affected their fortunes over the past century. The exhibition will prompt discussions about what happened when America’s rural population became a minority of the country’s population and the ripple effects that occurred.

“Understanding the Push and Pull of Appalachia to Create a Resilient Future” features responses from a community listening project conducted by Frostburg State University Honors students enrolled in the interdisciplinary course, “Experiencing Appalachia.” The work, which incorporates photographs of the region, features community assets, challenges, and pathways to resilience. During the Fall semester, students set up listening stations at regional events inviting residents to respond to the following questions: what issues and concerns do you see in your community; what are your community’s strengths; and what direction should your community take as you move into the future?

FSU students have also planned a weekly series of public events and performances to complement these
exhibits. All events take place in the Allegany Museum Ballroom on Saturdays, at 3 PM. 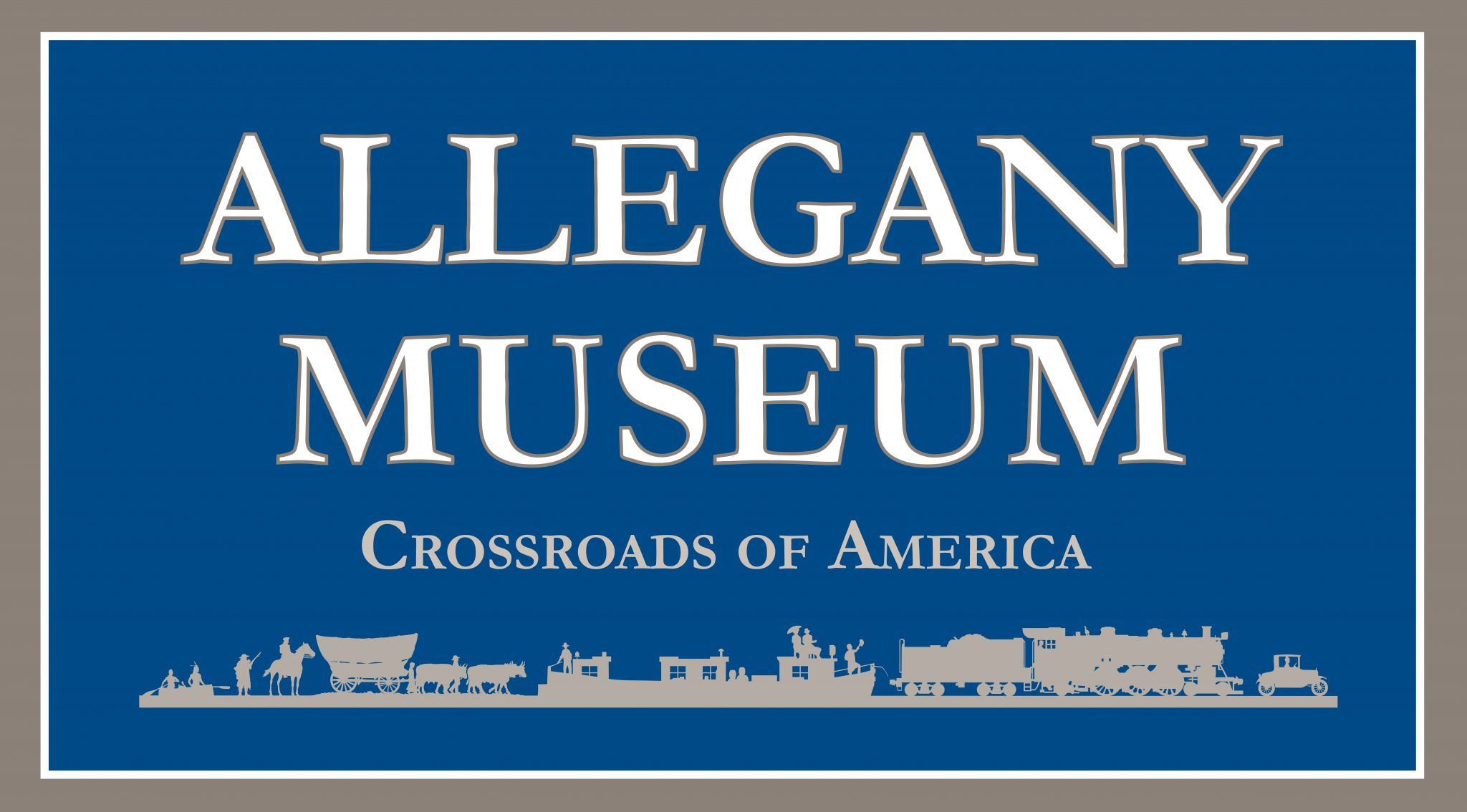 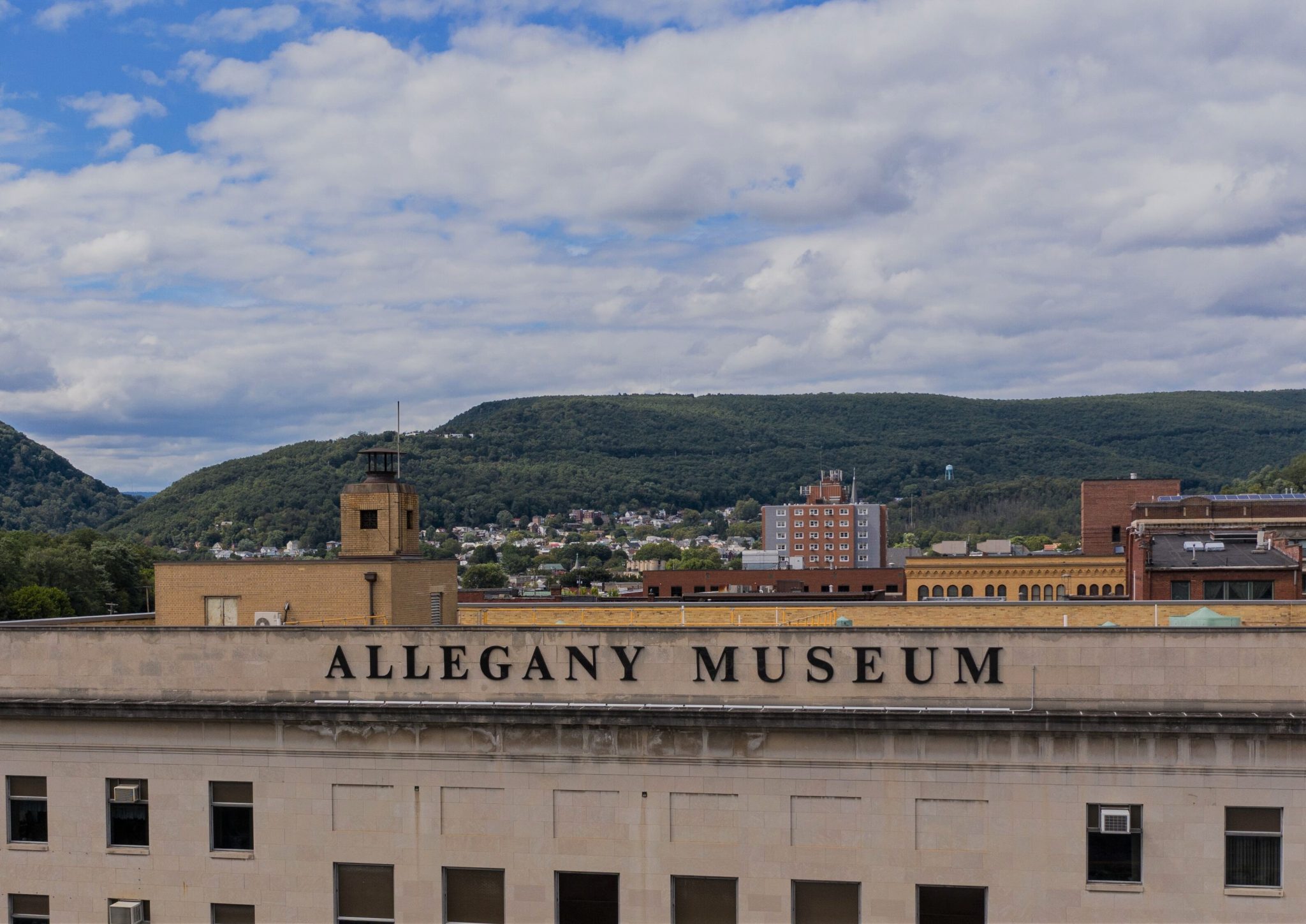 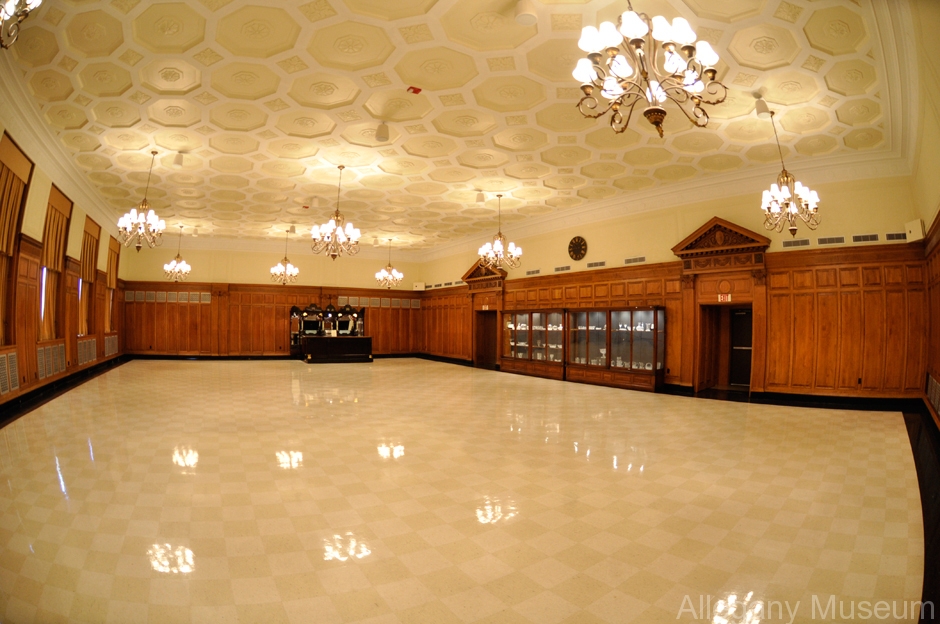 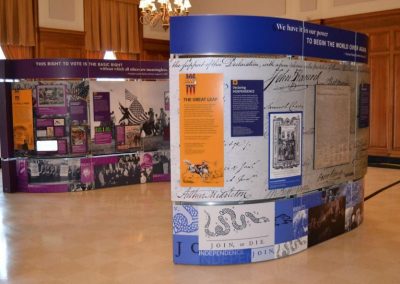 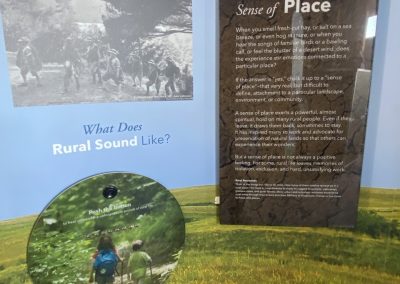 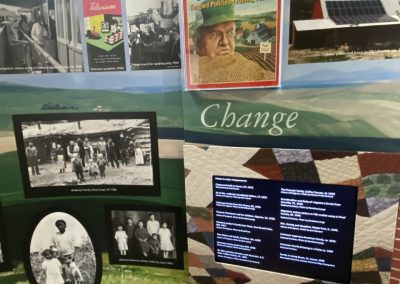 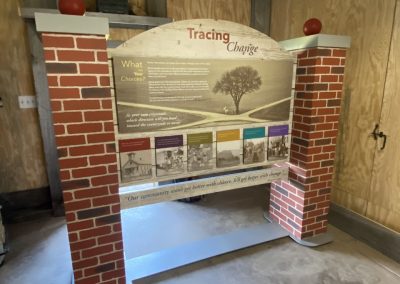 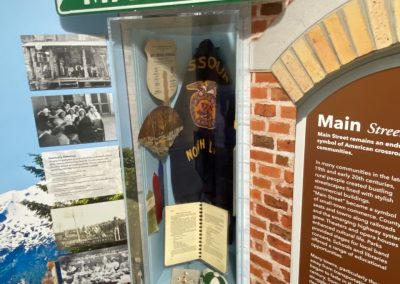 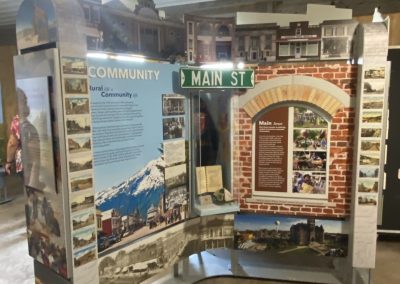 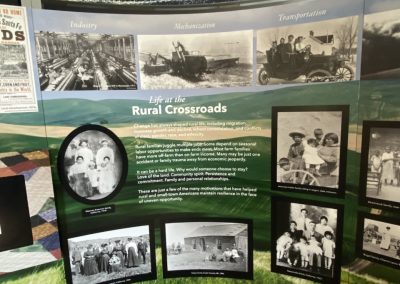 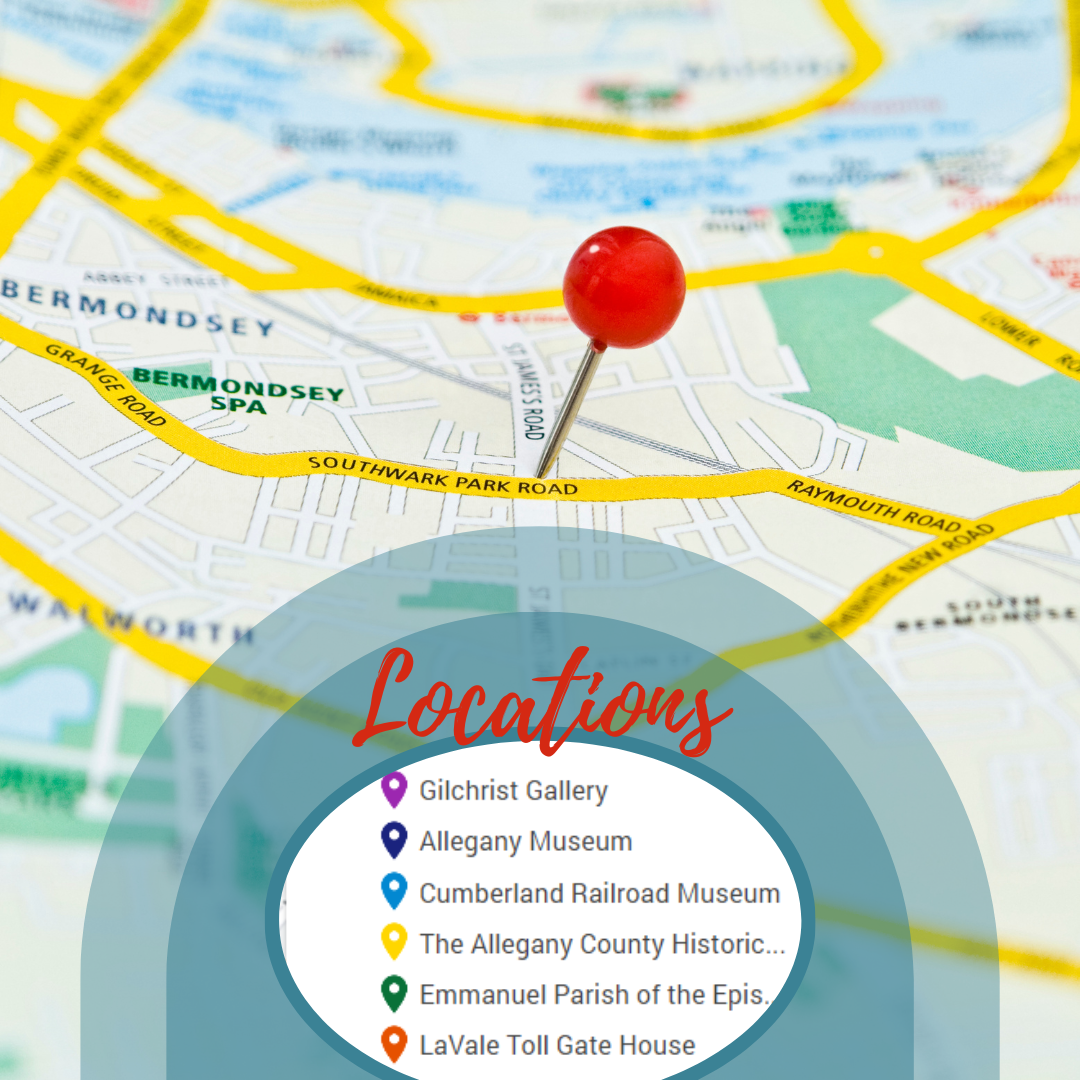 In partnership with the Appalachian Regional Commission Teaching Project and Frostburg State University, the Allegany Museum is the main host of the traveling display of the “Crossroads: Change in Rural America” traveling Smithsonian exhibit.

How life changed in rural America for the Gordon Roberts family.
Tours available upon request. 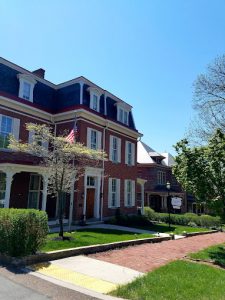 C. Gilchrist Museum of the Arts (January 7-8th Only)

A showcase of John Wellington paintings relating to transportation in the early
to mid-20 th century. 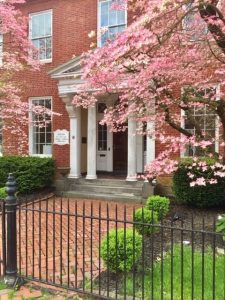 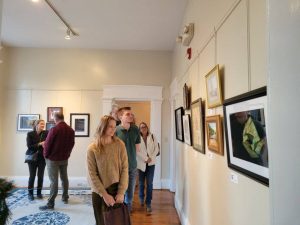 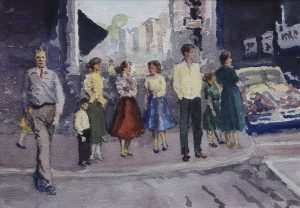 A special photographic exhibit accompanied by a historical narrative, that will be title “From City to Town” based on rail transportation of the late 19th to the early 20th century. 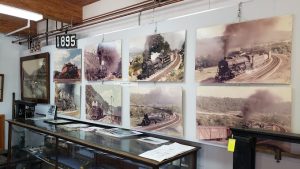 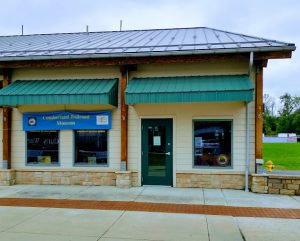 They will offer tours of the Underground Railroad.

One of the features of Fort Cumberland was the system of earthworks which today are known as the Tunnels. They are all that visibly remains of the fort.

Originally, these served three purposes. Beneath the storehouses in the fort, underground chambers were dug for the purpose of keeping perishable food fresh for as long as possible. The 5000 people at the fort ate 15000 meals a day!  As well, gunpowder had to be stored with great care, and some of the chambers were lined with stone to serve as powder magazines.  One still exists beneath the Church. Finally, the fort was made of wood, and thus highly vulnerable to attack. So along the banks of the Potomac and Will’s Creek to the east and south, and surrounding the fort at a distance of ¼ mile to the north and west were out defense works. These were accessed from the fort by trenches that extended out from beneath the fort’s walls.

100 years later, the same trench that once gave British soldiers a way to reach their defenses along Will’s Creek in safety became the way escaping slaves got up under the Church to the safety of the Underground Railroad station.

A look at the change in transportation over the years.

Only remaining toll gate on National Road in Maryland. The toll house is a historical site that is open to visitors at all times. Interpretive signage available on site and guests can peer inside the toll house to sneak a peek of eras ago. Historic plaque indicates fees for wagons, animals and pedestrians to use road.

Take a quick tour of our latest exhibition, Crossroads: Change in Rural America, a Museum on Main Street exhibition produced by the Smithsonian Institution Traveling Exhibition Service and brought to you by your state humanities council. Funded by the United States Congress.

Many Americans consider rural communities to be endangered and hanging on by a thread—suffering from brain drain, inadequate schools, and a barren, overused landscape. Why should revitalizing the rural places left behind matter to those who remain, those who left, and those who will come in the future? Because there is much more to the story of rural America.

Crossroads: Change in Rural America offers small towns a chance to look at their own paths to highlight the changes that affected their fortunes over the past century. The exhibition will prompt discussions about what happened when America’s rural population became a minority of the country’s population and the ripple effects that occurred.

Despite the massive economic and demographic impacts brought on by these changes, America’s small towns continue to creatively focus on new opportunities for growth and development. Economic innovation and a focus on the cultural facets that make small towns unique, comfortable, and desirable have helped many communities create their own renaissance. The future is bright for much of rural America as small towns embrace the notion that their citizens and their cultural uniqueness are important assets.

Thank You To Our Partners 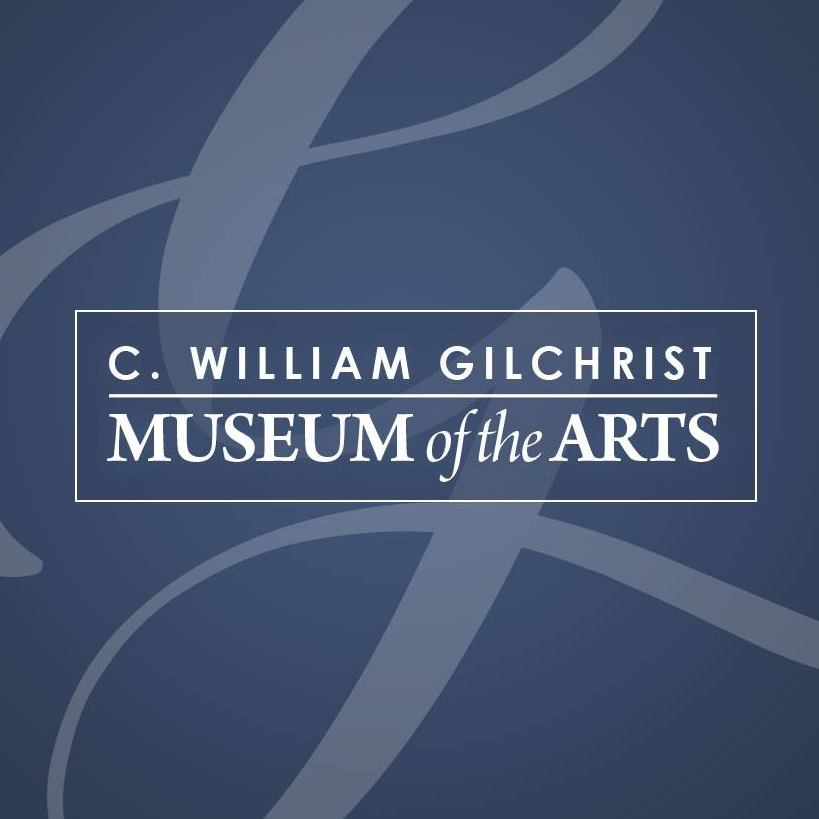 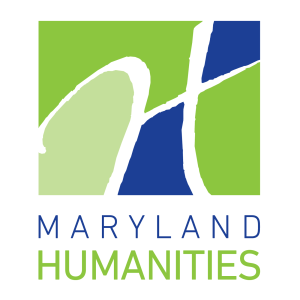